According to media reports, a large outdoor concert in the United States at Las Vegas Mandalay Bay, the shooting massacre occurred.

News that, near the end of the concert, suddenly issued a burst of dense over a hundred rounds of sound, at the beginning the music fans did not know what is happened, when the first time, people guess that is the concert special effects, create the atmosphere effect?

In the music concert, there are many viewers in the incident when taking the video, seen from the video clips, the crowd bustling, the venue sounded a strong rhythm of music, suddenly came a series of “snapped, snapped, snapped” gunshots. When people realize that this is not special effects, tens of thousands of people began to hurriedly fleeing, screams everywhere, the festival happy scene quickly turned into a horror scene.

It is reported that many people can not escape, life and death, the scene after a messy, more body lying on the grass, there are people crying to climb the body to escape. 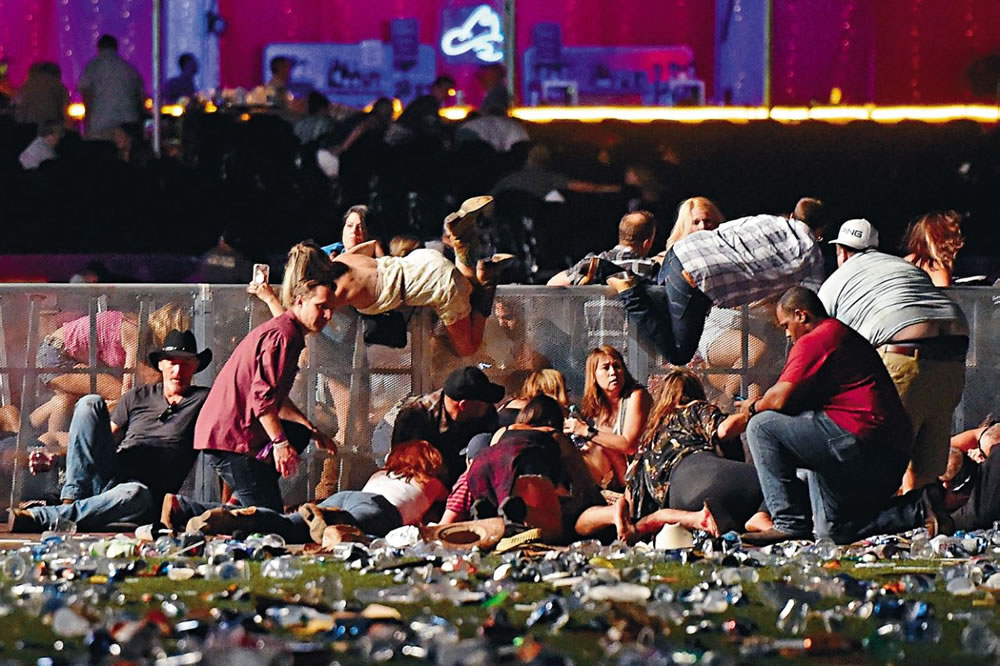 The event caused a total of 58 people died 515 people injured.

It is too miserable, why should the music of innocent people under the heavy hand?

What do you think about this news?